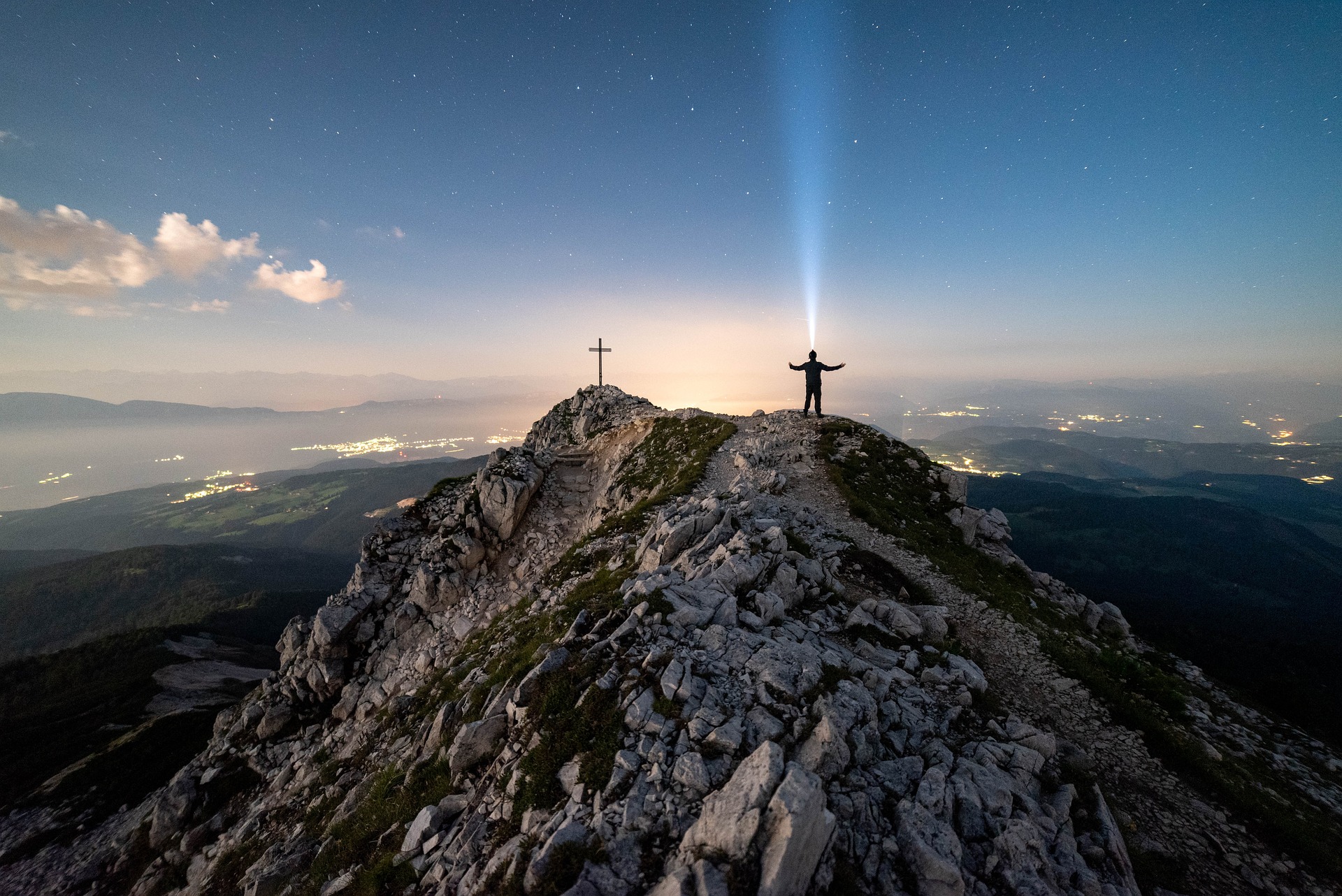 Glory to God in the Highest!

As you listen to the wonderful Christmas songs on Kinship Radio this year, lend an ear and keep a mental side note of the number of times you hear the word “glory.”

Of course, there’s Angels from the Realms of Glory, and Silent Night says, “Glories stream from heaven on high.”  Hark, the Herald Angels Sing proclaims, “Glory to the new-born King!” Oh Holy Night speaks of a new and glorious morn then ends with, “His power and glory evermore proclaim!” And, of course, “Gloria in excelsis Deo” from Angels We Have Heard on High is Latin for “Glory to God in the highest!”

The Bible uses the word “glory” about 285 times. The Old Testament and New Testament are almost evenly split in the use of the word, but there are some stand-outs. Not surprisingly, the huge book of Psalms uses the word 44 times, but close behind is the book of prophecy by Isaiah with 40 uses. When it comes to the New Testament, John uses the word 23 times in his Gospel, followed by Paul penning it 21 times in the book of Romans. We find it 16 times in Revelation.

In Exodus 24, the glory of the LORD settled on the summit of Mount Sinai and it looked to the Israelites “like a consuming fire.” The Lord’s glory filled the Tabernacle and no one, not even Moses, could go near it. (Exodus 40:35) The LORD says He will not share His glory with another. (Isaiah 48:11) His glory towers over earth and heaven. (Psalm 148:13) Angels in heaven cry out that the whole earth is filled with His glory. (Isaiah 6:3) Psalm 24:8 proclaims Him the King of Glory and Psalm 29:3 says to honor Him for the glory of His name. Psalm 62 says to sing the glory of His name. Psalm 102:15 says the kings of the earth will tremble before His glory. Jesus says He will come again in glory with His angels. He makes reference to this three times in Matthew, twice in Mark, and once in Luke.

We end the Lord’s Prayer by acknowledging that His is the kingdom and the power and the glory, forever and ever. The New Testament ebbs and flows with Old Testament’s references to the glory of the Messiah, the Father’s glory in sending Him, the coming of the Messiah’s ascension back into heaven at the conclusion of His earthy mission, and the promise of His glory when He returns at the end of the age.

All of this glory is wrapped up, in, and around the glory of those angels appearing to shepherds in the fields where they were watching their sheep by night in Luke 2:9:

And, lo, the angel of the Lord came upon them, and the glory of the Lord shone round about them: and they were sore afraid. (KJV)

This is the visible, powerful, shining glory that makes men fear for their very lives. This is the shekinah glory that our Hebrew friends speak of when God makes His mighty presence visible in awesome power.

And then, in verse 14, Luke writes that the angel armies of the Lord filled the night sky and said,

“Glory to God in the highest, And on earth peace, goodwill toward men!”(KJV)

This was the tipping point. This was the day when everything changed and God’s glory was moving forward in power. At that moment all of heaven knew it, but here down on earth only his parents and a handful of shepherds had been told. And those shepherds just may have been so scared and astounded and shocked they might not have fully realized what it all meant as they stumbled through the dark to Bethlehem.

A King had been born, but He had been born a peasant king. Laid in manger, born to parents of no great status or rank, to all the peoples of the earth except those shepherds and his parents, He really was of no consequence. They did not know. They could not know.

But He was God’s Son –His only Son. And he would grow and mature and fulfill God’s plan. His life would change this world more than any other life had changed it before or since.

This was Immanuel, God with us. God’s everlasting and almighty glory living with us –and in us– that we would live every day of our lives to the praise of His glory.

And then I heard every creature in heaven and on earth and under the earth and in the sea. They sang: “Blessing and honor and glory and power belong to the one sitting on the throne and to the Lamb forever and ever.” (NLT)