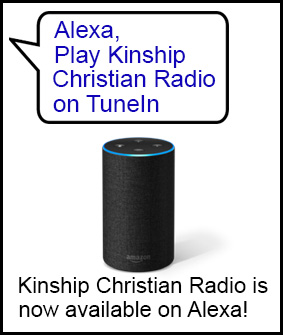 Today’s Word Of The Lord

So in Christ Jesus you are all children of God through faith, for all of you who were baptized into Christ have clothed yourselves with Christ. There is neither Jew nor Gentile, neither slave nor free, nor is there male and female, for you are all one in Christ Jesus. Galatians 3:26, 27

Thank you to our daily sponsors!

Friends of the ministry, Ken and Diane Emerson of Osage, are sponsoring a Half Day of broadcasting on Kinship Radio in honor of their son's first wedding anniversary. Congratulations Derik and Lydia! And thank you, Ken and Diane, for your support. God bless you today.
Would you like to sponsor a Full Day or Half Day of Broadcasting? Click on the Partner With Us tab at the top of this page for more information.

Minnesota Legislature is headed for a special session
Gas crunch from cyberattack intensifies in nation’s capital
Dust explosion causes property damage at Jefferson, Iowa grain elevator
Gov. Walz says state will allow people to ditch their masks
There will be cameras in the courtroom for the sentencing of ex-police officer Derek Chauvin
California’s Vandenberg Air Force Basehas been renamed as a U.S. Space Force Base.
Wild will play the Vegas Golden Knights in the first round of the Stanley Cup Playoffs Sunday
Kevin Garnett officially becomes a member of the Basketball Hall of Fame on Saturday night

May is observed as National Foster Care Month to raise awareness for foster youth and celebrate those who’ve answered the ...
Read More

Pray For Our Farmers

Let's pray for our farmers as they prepare, plow and plant their fields. Keep them safe from injury and accidents ...
Read More

Is your church hosting VBS?

Is your church hosting Vacation Bible School this summer? Remember we have a Community Calendar . . . we can ...
Read More

Become an Ambassador by assisting us spread the word to others that there is  Christian radio right in their community.  ...
Read More

Prayers for Your Graduate

We would love to pray for your graduate and lift their future to the Lord. Just click on the Prayer ...
Read More 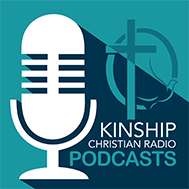