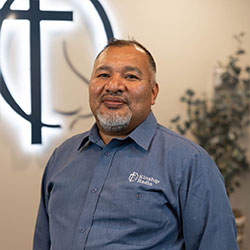 Ismael is a part-time announcer in Kinship Radio’s Spanish Ministry. He began as a volunteer and was hired as a part time announcer in November, 2014. Ismael is a man of many talents and interests. As a building contractor, Ismael has assisted with many construction projects at Kinship Radio. He is also a Hispanic minister at his church, and serves in hospital and prison ministry. A native of Mexico, he and his wife Elizabeth have made Minnesota their home since 2001. They are the parents of two adult children.