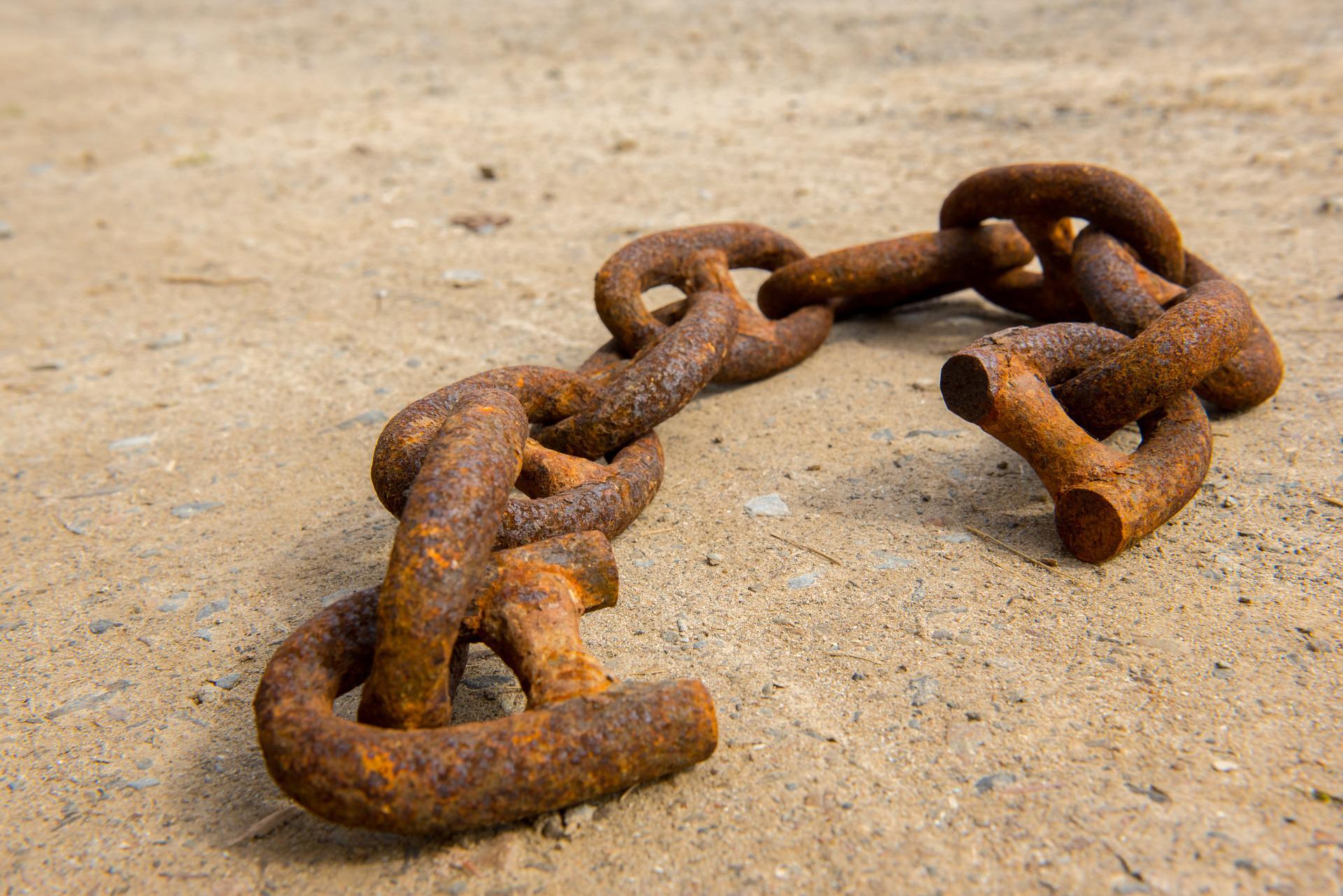 –from “Tremble,” by Mosiac MSC

That’s one of my favorite songs on Kinship Radio. I sometimes play it right before falling asleep.

There is a deep peace in knowing that I belong to the very Son of God who cannot be overcome by anything in this world or the next.

That point really jumped out at me as some brothers and sisters in Christ and I were studying Mark 5: 1-20 where Jesus frees a man from demon possession.

To recap, Jesus and the disciples had traveled all the way from Capernaum on the north end of the Sea of Galilee to the region of the Gerasenes on the south end of the lake –a distance of about 13 miles. On the way, a storm had come up and the disciples (four of whom were professional fisherman and had spent a lifetime on that particular body of water) were certain that they were all going to die. Jesus, as I’m sure you remember, awakens from his nap in the back of the boat and calms the storm. The disciples are not just astounded, they are in fear of the power Jesus had just displayed. Jesus says to them and says, “Why were you afraid? Do you still have no faith?” And between those lines, I hear Jesus saying, “You aint seen nothing yet, boys.”

Anyway, so they get to the south end of the lake and there is a stark, raving, naked lunatic living in the burial caves there. He runs around screaming day and night, howling and cutting himself with stones as the demons torment him. The locals have tried chaining him up, but the dark supernatural power of those demons gives him the strength to break the chains and shackles. Nothing and no one is strong enough to subdue him. When Jesus asks his name, he says he is called “Legion” because there are so many demons living in him. (A Roman legion of the time had between 4,000 and 6,000 soldiers.)

And yet, the minute the demon possessed man sees Jesus, the demons within him are shrieking for mercy. The demons recognized Jesus immediately and they were terrified of Him. Mark 5:7 reads:

“Why are you interfering with me, Jesus, Son of the Most High God? In the name of God, I beg you, don’t torture me!” (NLT)

When Luke records this same event, he says the demons begged Jesus not to throw them into the abyss.

And that’s when the light went on in my head. The demons knew Jesus. They had known Him since before the beginning of time because they had at one time been angels. Jesus had seen them and Satan fall like lightning from heaven. (Luke 10:18) And now, here He was on earth, in their playground. Their pleas to be spared from being thrown into the abyss show that those demons know their ultimate fate and it is their absolute and utter defeat at the hands and command of Jesus.

The demons beg Him again and again to have mercy on them. They even invoke the very name of God in their pleas for mercy.

They know exactly who they are dealing with.

But sometimes, when I am tormented by life’s little molehills, I forget that the One who speaks peace over the wind and waves, whose name makes the demons tremble and beg for mercy, is the same Jesus who loves me. Sometimes, I’m the one who is convinced that the storms are too great for me to survive. Sometimes, the part of me that wants to howl and shriek at my “misfortune” just needs to call up some faith and listen to Jesus.

In the end, the demon-possessed man is completely sane, fully-clothed, and is begging Jesus to go with Him. Jesus tells him to stay and tell everyone what the Lord has done for him. And, in doing so, that crazy, irredeemable, unrestrainable man who had no credibility at all becomes a missionary to the people of that area. Granted, there’s a couple thousand dead pigs floating in the lake, and everyone the man knows has been begging Jesus to leave because, well, I suppose they figure that can’t afford to lose any more herds of pigs, but the name of Jesus would not have been forgotten there for a long, long time.

The way I look at it, 2,000 years later the demons are still trembling –and Jesus is still changing the world.

He is still changing me.

“You say you have faith, for you believe that there is one God. Good for you! Even the demons believe this, and they tremble in terror.” (NLT)

Click the Kinship Prayerline logo to share your prayer request with other Kinship Christian Radio listeners.
What Were They Thinking?