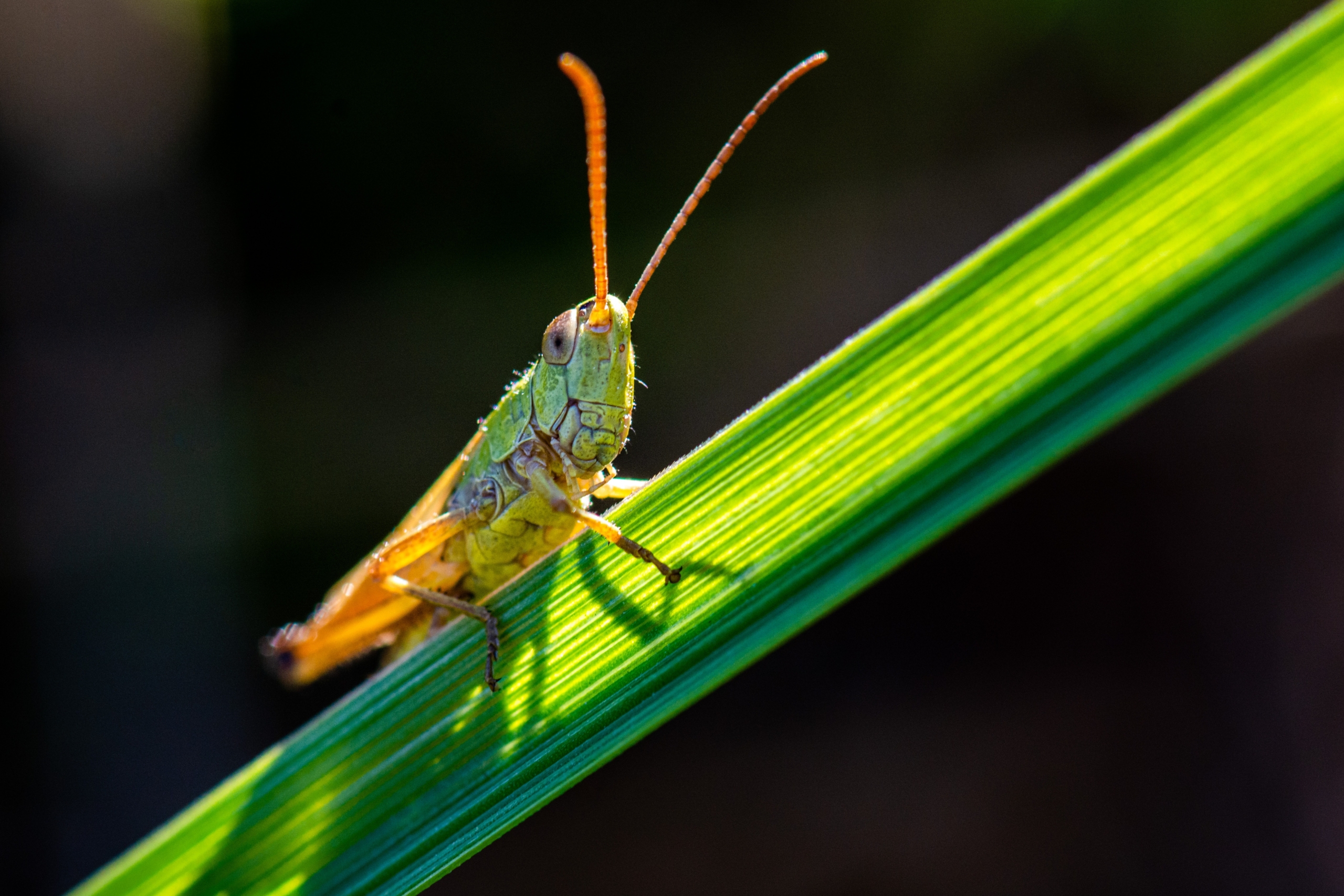 I recently participated in a Bible study of the first eight verses of the Book of Mark. (We will eventually study the entire book.)

Mark begins his Gospel, not with the birth or the genealogy of Jesus, not with the creation of the universe and everything in it, but with John the Baptist.

In verse six, he famously describes The Baptizer’s physical appearance:

His clothes were woven from coarse camel hair, and he wore a leather belt around his waist. For food he ate locusts and wild honey. (NLT)

We came up with a lot of adjectives to describe John the Baptist based on that description, the kindest of which was “eccentric.” One of us (cough) even used the word “hippy.”

Clearly, John the Baptist was outside the mainstream of his day.

It wasn’t until Monday that I remembered that, in Australian slang, a hippy is sometimes referred to as a “feral.”

In our culture, a feral is an animal that is normally considered a domestic animal, but lives in the wild. There are feral hogs, horses, goats, rabbits, camels, cats, dogs, and even (in some parts of Arizona and California) feral packs of Chihuahuas roaming the streets.

I think I can make a pretty good case that John  the wild, untamed Baptist was a feral.

He preached that the Messiah, the very Son of God, the one whom all of Israel had been waiting for centuries was coming soon –as in “Repent now!” soon. This was big news. And he must have preached it convincingly enough that people would listen to some bug-eating hermit living out in the wilderness. Verse five says that “all of Judea including all the people of Jerusalem” went out to see and hear John.

So, he was a very popular feral.

And he baptized people.

Now baptizing people may not seem very wild to us in our day and age, but at the time in Israel, only gentiles who converted to Judaism were baptized. Jews were not dipped in water to show that they had repented of their sins and turned to God. John was baptizing Jews.

This was radical stuff.

Mark also clearly claims that John the Baptist’s ministry was the fulfillment of prophecy written by Isaiah some seven hundred years earlier. So, John the Feral (sorry) John the Baptist was clearly a prophet and there hadn’t been one of those in Israel for four hundred years when Malachi proclaimed (Chapter 3, verse 1):

“Look! I am sending my messenger, and he will prepare the way before me. Then the Lord you are seeking will suddenly come to his Temple. The messenger of the covenant, whom you look for so eagerly, is surely coming,” says the LORD of Heaven’s Armies.” (NLT)

But the wildest things John the Baptist said were in verses seven and eight:

John the Baptist, as popular as he was, did not have a marketing team. There was no one in the lobby of his gigs selling reproduction camel-hair t-shirts, no one marketing organic, non-GMO honey and locust granola bars. No, this feral crazy guy was doing everything he could to take the spotlight off himself and shine it on the One who was to come. He was all about Jesus.

And his message, that Jesus would baptize not with water but the Holy Spirit, was amazingly radical stuff. The Hebrew Bible (The Tanakh) does indeed mention the Holy Spirit, but the Jewish understanding of that Holy Spirit is of a breath or wind or some invisible force.  It is understood as a divine force, quality, or influence and is associated with light and fire –but it is not understood as a person, part of the Trinity of Father, Son, and Holy Spirit.

What John was claiming when he said that Jesus would baptize with the Holy Spirt was the fulfillment of the prophecy in Isaiah 44:3

“For I will pour out water to quench your thirst and to irrigate your parched fields. And I will pour out my Spirit on your descendants, and my blessing on your children.” (NLT)

“Then, after doing all those things, I will pour out my Spirit upon all people. Your sons and daughters will prophesy. Your old men will dream dreams, and your young men will see visions.” (NLT)

Those prophecies are radically different than what the Jews believed at the time and now. The Holy Spirit was not for the common man, but for the prophets, the high priests, the writers of the Holy Scripture, the kings of Israel (if they were holy enough), and people like Moses. And the Holy Spirit could come and later depart from a person. As David wrote in Psalm 51:11:

“Cast me not away from your presence, and take not your Holy Spirit from me.” (ESV)

Yes, John the Baptist was wild indeed, but that wildness, that absolutely radical change was not coming from him. It was coming from God the Father Himself.

It was coming from the untamed, unharnessed, unrestrained love of God who would put His very own Spirit in all who would believe in His Son, Jesus Christ, the Messiah, the King of kings, and LORD of Lords.

Click the Kinship Prayerline logo to share your prayer request with other Kinship Christian Radio listeners.
8,700 Pounds of Grace and Mercy

The Question of Evil
Scroll to top