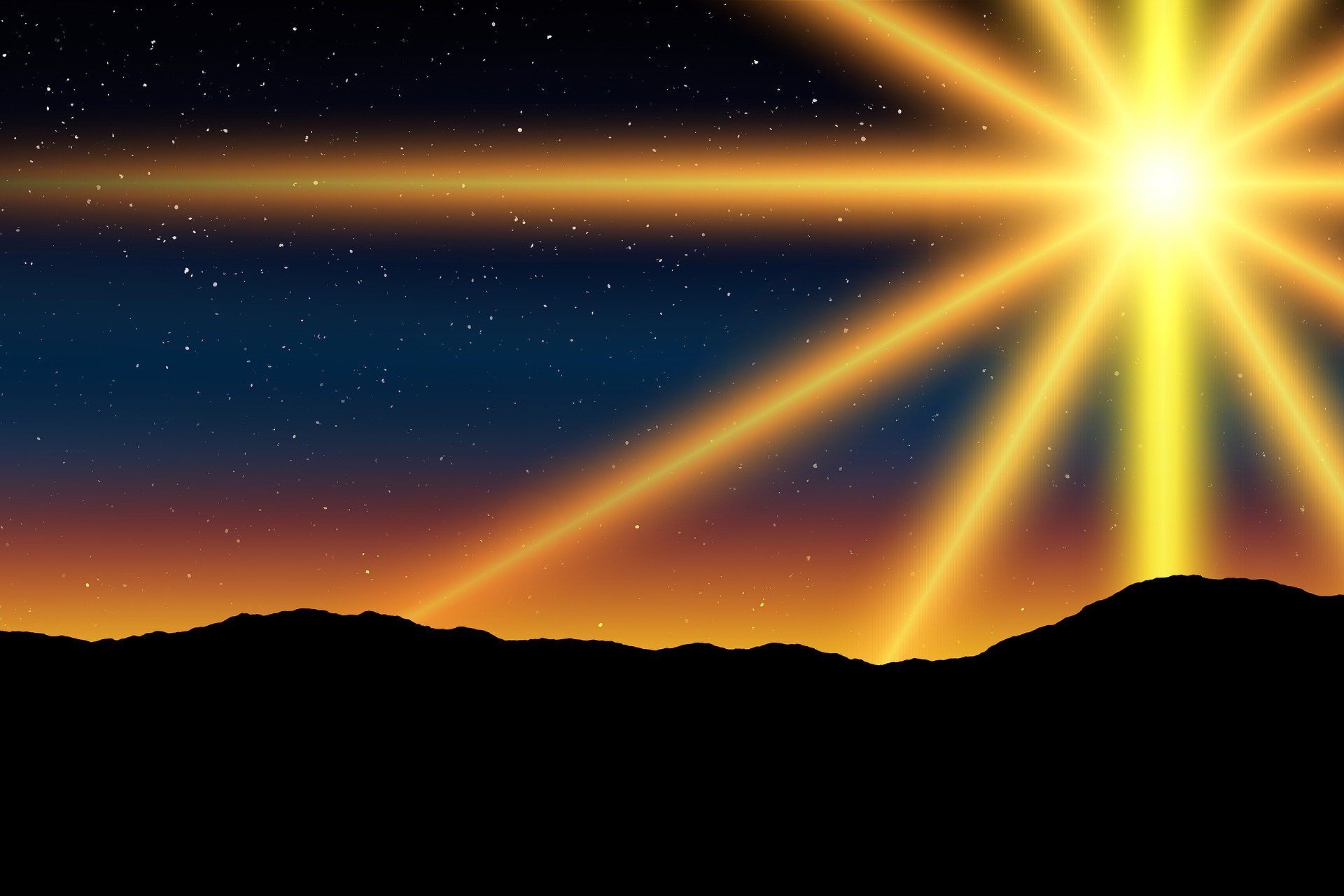 I have a pastor friend who is somewhat fond of deploying “The Nuclear Option” when it looks like the forces of darkness might be advancing too far or too fast. He’s also been known to hurl a Holy Hand Grenade or two. These are the verses that are clearly in the Bible, but that we too often forget apply to ourselves when we’re getting all self-righteous and “churchy.” One of his favorites is Romans 2:1, which immediately follows all those cool “gotcha” verses at the end of Romans 1:

You may think you can condemn such people, but you are just as bad, and you have no excuse! When you say they are wicked and should be punished, you are condemning yourself, for you who judge others do these very same things. (NLT)

Ouch. After a verse like that, all that’s left of my prideful ego is smoldering ruins.

And, if you stop and think about it, Christmas is God’s nuclear option.

After thousands and thousands of years of people trying to get it right, follow all the rules, make up some more rules to follow, and elevate men among us to impose and enforce those rules, we were to no closer to reconciliation and true fellowship with God then when Adam and Eve first had to leave the Garden.

But one night about 2000 years ago, a baby was born. God Himself came into this world meek and helpless, but that little baby born in a stable, cradled in manger, would change this world more than anyone ever had or ever will change the world.

In her book, “The Crucifixion, Understanding the Death of Jesus Christ,” Fleming Rutledge makes the case that Christmas was an invasion. She writes, “Over and over again we find it: the meaning of Christmas is that God is invading the territory held by the Prince of Darkness.”

Yes, He who would call Himself The Light of the World had come to invade the darkness.

John writes it clearly in the first five verses of his gospel:

BOOM! Those verses are like rolling thunder, levelling and incapacitating the opposition.

And let us not forget Jesus’ birth announcement. It wasn’t a cute shower or a couple of lines in the local newspaper with his length and weight at birth. No, God sent an angel that left those shepherds absolutely quaking in fear. Take a look at verse nine of Luke 2 and compare how the various translations describe the reaction of the shepherds: “sore afraid, terrified, greatly afraid, terribly frightened, and filled with great terror.”

This was most certainly not a baby-faced cupid with a harp and a little bow and arrow. And then, once the announcement had been made, the night sky was suddenly filled with a great company, a multitude, a vast host of God’s Angel Armies singing His praises. Luke 2:14:

“Glory to God in highest heaven, and peace on earth to those with whom God is pleased.” (NLT)

God called out His army to proclaim that the invasion had begun. This was war, but he would bring a peace that passes all understanding. It would not be fought with swords or chariots or spears. He would triumph over temptation by the Word of God. He would vanquish pride and hate with mercy and grace and love. There would be a spear, but it would pierce the victor. The battles would be fought and won not by spilling the blood of the enemy, but by the King pouring out His own blood for us. The end would come not in the silence and mourning of the grave, but in glorious celebration of a morning when that grave held no body.

Jesus Christ would turn the concept of war on its ear.

He would invade this earth almost unseen, unnoticed by all but a few. The Nuclear Option wasn’t an explosion at the time, although there was a bright light in the night sky that a few followed. He who was born on that silent night over 2,000 years ago and was indeed, LORD at His birth –just as we sing and just as it proclaims on that radio tower over KJLY’s first office.

The Holy Hand Grenade is the explosive realization that even though each of us is just as bad as the worst of us and none of us have any excuse –no right to the victory He won for us without any help from any of us– He invites us and welcomes us into the celebration of that victory forever!

And ever since, every flickering candle, every twinkling bulb, every shining star we hang upon the highest bough proclaims that victory.

“You give great victories to your king; you show unfailing love to your anointed, to David and all his descendants forever. ” (NLT)

Click the Kinship Prayerline logo to share your prayer request with other Kinship Christian Radio listeners.
Shalom on Earth

Musings of an Old Kid at Christmas Time
Scroll to top