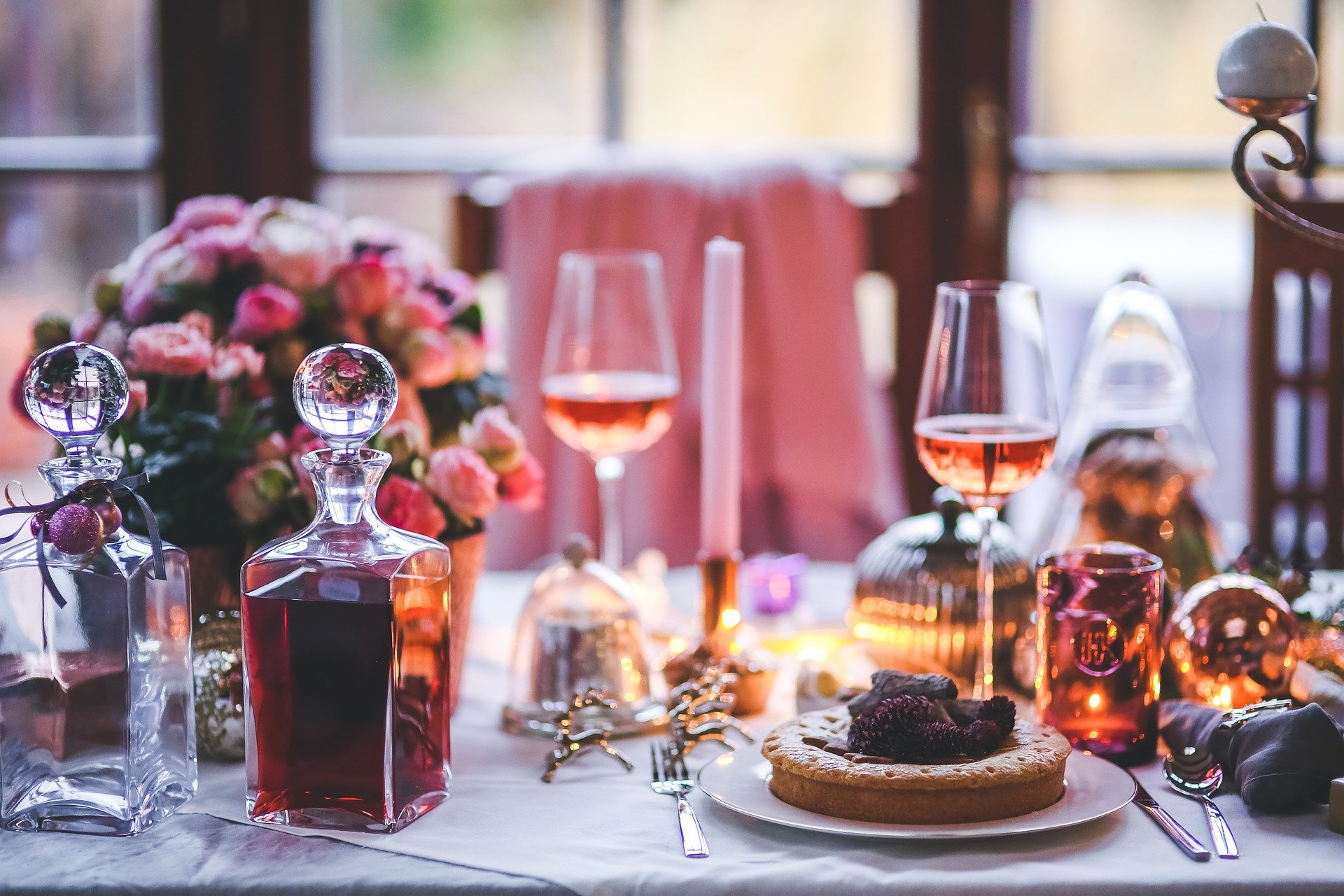 As we prepare to gather together with friends and family to celebrate Thanksgiving, the song going through my head is one you’ve probably heard on Kinship Radio before –“Come to the Table” by Sidewalk Prophets. It’s about sinners being restored and taking a place at the table granted to them by their Savior.

As I thought about all the times the Bible mentions table fellowship, I wanted to take sort of a grand Biblical overview of sitting down to eat together.

God tells His people to celebrate certain festivals. These are listed in Leviticus 23. The Passover is commemorated with a meal. The Celebration of First Harvest and The Festival of Harvest bring offerings of food before the LORD, and The Festival of Trumpets and the Festival of Shelters (Feast of Tabernacles) involve a feast. The Day of Atonement (Yom Kippur) is dedicated to fasting and repentance, but a feast follows it.

Isaiah prophesies of a time to come when the LORD will spread a great banquet:

“In Jerusalem, the LORD of Heaven’s Armies will spread a wonderful feast for all the people of the world.  It will be a delicious banquet with clear, well-aged wine and choice meat” Isaiah 25:6 (NLT).

There are similar prophecies In Isaiah 55:1 and Zechariah 14:16.

Psalm 23:5 reads, “You prepare a feast for me in the presence of my enemies. You honor me by anointing my head with oil. My cup overflows with blessings” (NLT).

Jesus’ first miracle is turning water into wine at the wedding feast in Cana. (John 2:1-11)

Jesus went to eat at the home of Simon the Pharisee, (Luke 7:36-50) only to have a woman Simon considered so sinful Jesus would not allow her to touch Him if He knew who she was.

Jesus made it clear that the fellowship and conversation at the meal were more important than the preparations and the food being served. (Luke 10:38-42)

In the Parable of the Prodigal Son, Jesus tells of a joyful father preparing a banquet for the repentant prodigal complete with music and dancing! (Luke 15:25)

After Jesus calls Levi (Matthew) to be a disciple and follow Him, Mark records the following:

“Later, Levi invited Jesus and his disciples to his home as dinner guests, along with many tax collectors and other disreputable sinners. (There were many people of this kind among Jesus’ followers.) But when the teachers of religious law who were Pharisees saw him eating with tax collectors and other sinners, they asked his disciples, “Why does he eat with such scum?”‘ Mark 2:15-16 (NLT).

I really enjoy the way the NLT has translated these verses. The Greek word the NLT translates as “scum” is ἁμαρτωλῶν (hamartōlōn) which, according to Strong’s Greek means, “sinning, sinful, depraved, detestable.”

And, of course, the most famous meal of Jesus’ ministry was the Last Supper. It was here, over Passover, over the meal commemorating Israel’s release from bondage and slavery, that Jesus announced the New Covenant.

And twice at the Last Supper He made references that this meal where all sit down together for a meal and share close, personal fellowship would take place again in heaven:

“When the time came, Jesus and the apostles sat down together at the table. Jesus said, “I have been very eager to eat this Passover meal with you before my suffering begins. For I tell you now that I won’t eat this meal again until its meaning is fulfilled in the Kingdom of God.” Then he took a cup of wine and gave thanks to God for it. Then he said, “Take this and share it among yourselves. For I will not drink wine again until the Kingdom of God has come.” Luke 22:14-18 (NLT)

It’s at a meal, at a table where the intent is that we all sit down together and eat in fellowship and unity, that Jesus instructs us to commune with Him and remember all that He has done until He returns.

Even after His crucifixion and resurrection, Jesus continued to involve the table in His ministry. His followers who met Him on the road to Emmaus did not recognize Him until He sat down with them and broke bread with them. (Luke 24:31)

When Jesus restored the disciple who had betrayed Him three times, he did so on the shore of Galilee over a meal of broiled fish telling Peter,

So, as we sit down at our tables in the giving of thanks this Thursday, whether it be a glorious feast of turkey and stuffing and mashed potatoes and pie or just a single can of gelatinous cranberry goo, know that Jesus calls even “scum” like me to sit and eat with Him. No scorn of man, no past mistakes, no history of being forlorn or forgotten or incorrigible or simply “not good enough” can keep any of us from the love of God that is in Christ Jesus. We are all invited to the banquet. We are all free from the slavery of sin and invited to the table of remembrance and joy. We are invited into the banquet hall where there is music and dancing and rejoicing as we who were once dead in our sins have been raised to life by the grand and glorious eternal Host of the greatest banquet in all eternity.

Then I heard again what sounded like the shout of a vast crowd or the roar of mighty ocean waves or the crash of loud thunder:

For the Lord our God, the Almighty, reigns.

Let us be glad and rejoice,

and let us give honor to him.

For the time has come for the wedding feast of the Lamb,

and his bride has prepared herself.

Click the Kinship Prayerline logo to share your prayer request with other Kinship Christian Radio listeners.
The Windows of Heaven

Together we will Reach the World
Scroll to top