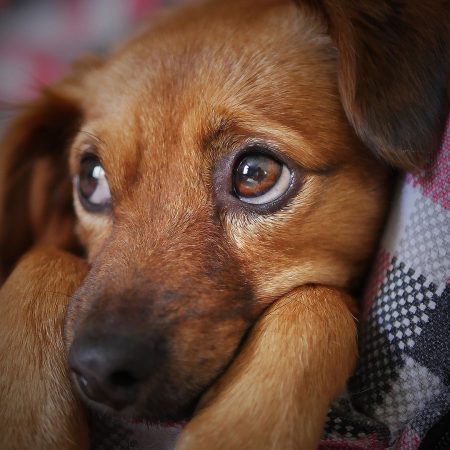 The newest member of our family is named “Jack.”

Jack is about two feet tall and weighs about 70 lbs. You can tell from looking at him he’s mostly German Shepherd and about 15% horse.

Of course, I’m joking. In the big north woods of Itasca County there are number of lakes with funny names and one of them is Jack the Horse Lake, and so I tease Jack with this bit of trivia that is fascinating to no one but me. Jack is actually a very good dog. He’s even-tempered, obedient, house-trained, and has absolutely zero tendency to be noisy. He’s far bigger than the previous canine member of the family (a Chihuahua who had her own diminutive charm) so his size is quite a change for us.

And, last Sunday morning, Jack the non-horse actually opened my spiritual eyes as I was ironing my church shirt.

I was in the laundry room, of course, and Jack (who is not normally allowed into the laundry room) had snuck in using his Ninja-like stealth to watch me iron that shirt. Jack is fascinated by everything I do. I assume that will diminish after he’s been a part of the family for more than two weeks, but he was watching intently as I smoothed out each and every wrinkle until he was distracted by all the items on the laundry room floor which he had not previously had occasion to sniff. Jack, like all dogs, loves sniffing things. Among those items was a jug of bleach.

As his nose drew near the bleach, I said,

And Jack lifted his head and took a half-step back from the bleach.

Exactly one second later, Jack took a half-step forward and lowered his nose once again toward the bleach bottle. And I said,

And Jack turned his face to me, looked me square in the eyes, and gave me the puppy-dog eyes. He very clearly and obviously said (in an entirely non-verbal way), “But I like sniffing stuff. I’m not hurting anybody. Please let me sniff the bleach.”

“No, Jack. Sorry. Bleach is bad for puppies. Move along, little doggie.”

And later, it occurred to me I had been giving God the puppy-dog eyes my whole life.

God told me not to sin. He’s very carefully explained all the things He knows that will hurt me or even kill me, but there is this part of my being that just can’t seem to resist trying each particular sin just once to see what it’s like. A lot of things don’t even technically seem like sin at the time. Chocolate donuts, chocolate-covered raisins, chocolate-covered peanut clusters… or pointing my finger at another human being in condemnation because I caught them in some sin I’m very, very sure is far worse than all the sins I’ve ever committed.

God hates sin. That’s not a popular thing to say today because it carries with it that condemnation thing I was just talking about. God hates sin because it wounds, kills, and destroys the people He loves. In other words, all people.

There’s not a one of the Ten Commandments that’s a victimless crime. Every one of those rules we find impossible to keep are there because God loves us and doesn’t want to see us with a snoot full of deadly Clorox.

And, that’s why David said:

This is probably why David is a man after God’s own heart and I’m the guy who bought a bag of chocolate-covered peanut clusters, squirreled them away in my desk at work thinking I could limit myself to one a day for a week or more and finished the entire bag that afternoon.

That “chief of sinners” thing Paul wrote about in 1 Timothy 1:15 could have my actual name written between the lines. I have actually considered buying a T-shirt with Paul’s “wretched man lament” from Romans 7:24 printed on it.

And that’s probably why Jesus taught us to pray that we would be lead away from temptation rather than praying we would simply resist temptations as they come along. Sometimes, it’s better if the laundry room door is closed, Jack.

It’s hard to resist temptation. The people who put a box of six chocolate donuts on sale for $2.99 are not doing it to harm me. Unlike Jack, I have the ability to remember and to realize that  the plans God has for me are far more glorious, far more wonderful, far more pleasurable and fulfilling than the result of over-eating –or tearing down the soul of another human being made in His image in a vain attempt to elevate my own.

But God had mercy on me so that Christ Jesus could use me as a prime example of his great patience with even the worst sinners. Then others will realize that they, too, can believe in him and receive eternal life. All honor and glory to God forever and ever! He is the eternal King, the unseen one who never dies; he alone is God. Amen. 1 Timothy 1:16&17 (NLT)

Click the Kinship Prayerline logo to share your prayer request with other Kinship Christian Radio listeners.
Suck It Up, Buttercup

The Reckless Church
Scroll to top