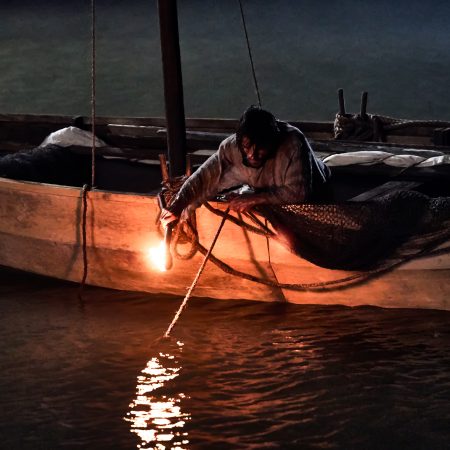 Kinship Radio’s Executive Director Jennifer Hayden Epperson recently travelled to the National Religious Broadcasters Conference in Grapevine, Texas, and came back with a hat for little ole me.

Now, of course, that was certainly not the main objective of her journey. She is, after all, the Chairwoman of the Radio Committee of NRB. So, she was an integral part of this yearly event that allows thousands of people involved in Christian broadcasting of all kinds to network with fellow Christian communicators from all over the country, became more equipped to grow their ministries, learn how to reach more people with the Gospel, and also learn how to engage you, the listeners, more effectively. (I know all these things are so because I copied and pasted most of those words from the NRB website.)

All of that is wonderful, excellent stuff indeed.

But I still got a free hat.

And it’s not just any hat. (Guys like hats. We don’t exactly know why, we just like hats. It might have something to do with the blog I wrote last week about emperors, pharaohs, and kings and stuff like that, but let’s not go down that bunny trail right now.) It’s a hat from “The Chosen” TV series.

“The Chosen” is the best Jesus “stuff” I have ever seen. And, even though it calls itself a TV series, it is unlike any TV series before it because it is crowd funded. You go to the website, click some magic internet buttons, and watch it for free. If you like it (and you will) you can donate so other people can watch it for free. You can watch it on your phone, on your desktop computer, or on your television. The whole concept of how it’s funded has this wonderful, Biblical, “blessing others with the power of the Gospel” vibe that, come to think of it, is a whole lot like the way Kinship Radio operates.

As I said, “The Chosen” is the best Jesus stuff I’ve ever seen on TV. Yes, it’s better than The Ten Commandments with Charlton Hesston and Yul Brynner. Yes, better than that Mel Gibson film.

There are all these great moments portrayed, like where Jesus’ mother is telling Him they are out of wine at the wedding at Cana, or the enormous catch of fish at the sea of Galilee, or the interaction between Jesus and Mary Magdalene, or Jesus’ interaction with Nicodemus, or the Samaritan woman at the well, or when Andrew told His brother Simon that he had found the Messiah…

You remember Simon. He’s the disciple Jesus would call “Cephas” which means “rock” which we translate as “Peter.”

Now, in “The Chosen,” Peter is portrayed as impetuous, unruly, and completely unable to keep his mouth shut when he should. Peter is the guy who hasn’t quite got the concept of having a personal filter figured out. No sooner is a thought in the mind, but it’s out of the mouth.

I completely and totally identify with Peter.

My friend and learned pastor Tim Ogle often and freely refers to Peter as a “knucklehead.” I don’t think there’s a serious Bible scholar in the world who knows his beans who would argue that point. We love Peter, but c’mon Peter, cutting the guy’s ear off? Really?

Anyway, when “The Chosen” portrays this moment when Peter’s brother, Andrew, tells him he has found the Messiah, Peter’s response is “Yeah, yeah, right. Sure you have” or something like that. Andrew, instead of engaging Peter in a lengthy theological argument, simply says, “Come and see.”

And that’s what it says on the hat. “Come and see.”

Come and experience Jesus. Come and let Him convince you of who He really is. Come and see that Jesus has a place and purpose for knuckleheads like me, and it is glorious beyond all you could think or imagine.

Kinship Radio does the same thing. Come and listen. Hear the teaching and the music and the testimony of His people, of people whose lives have been changed by Jesus, the Messiah, the Christ.

Come and listen. Even if you’re a knucklehead.

Especially if you’re a knucklehead.

And if you happen to see some goofy-looking guy wearing a black-and-white hat with the words “Come and See” on it, I won’t consider you a knucklehead for asking about it.

“Come and see a man who told me everything I ever did! Could he possibly be the Messiah?” So the people came streaming from the village to see him. John 4: 29&30 (NLT)

Simon Peter (Shahar Issac) being a knucklehead and fishing at night on the Sabbath in episode 4, season 1 of  “The Chosen.” Photo courtesy of Creative Commons. https://creativecommons.org/licenses/by-sa/4.0/

My Jesus
Scroll to top